Our Chicken Run
The weather started off badly but eventually turned into a nice day.
Kowie Lombard, the sponsor from Valley View Chickens, came all the way from Mtunzini for the day.   We had a total of 17 cars enter for the short fun run that had been organized.
Some of our members came from as far as Piet Retief and Pongola.  The entrants were grouped in teams of four and five, and no two cars from the same group ran together.
This made for a very interesting run, and the  Kowie Lombard Floating Trophy, which was donated by Kowie some years ago, was eventually won by team four  -  Kobus, Cornell, Arthur and Harry.   After a prize-giving we all enjoyed a lovely chicken braai.
The salads and puddings ended a perfect day.   Thanks to the organizers.  We look forward to  another great day next year. 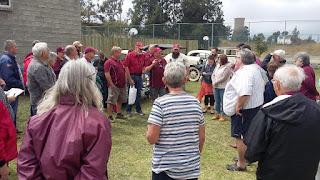 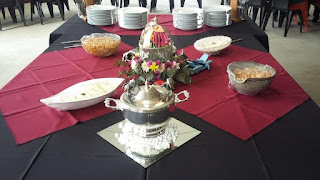 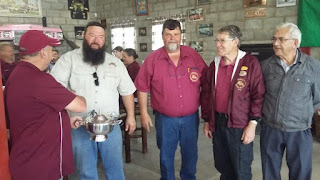 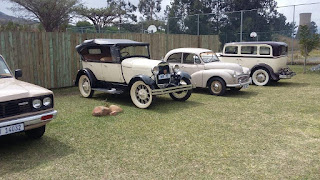