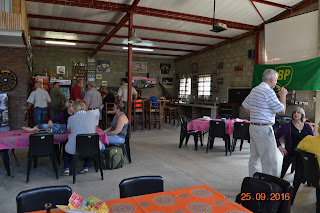 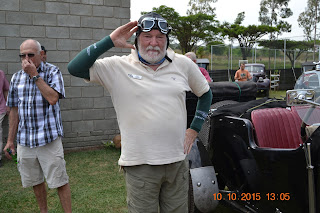 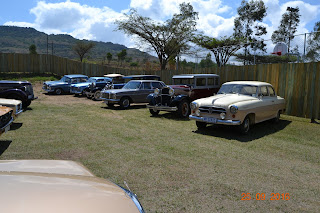 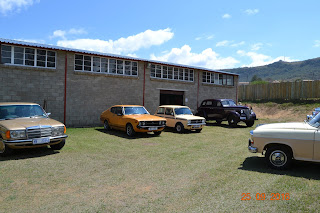 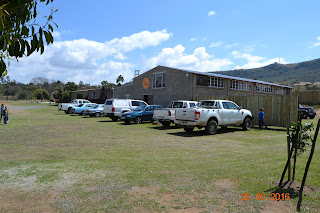 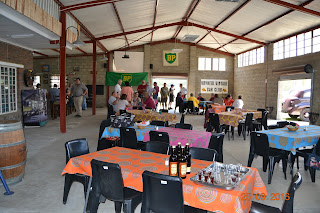 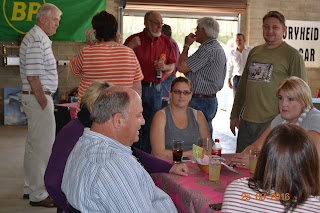 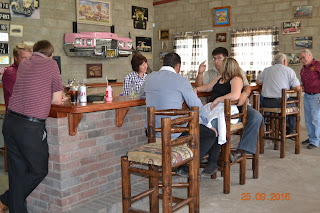 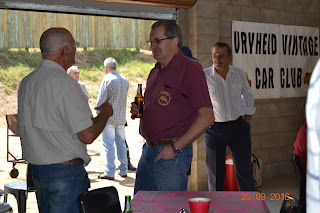 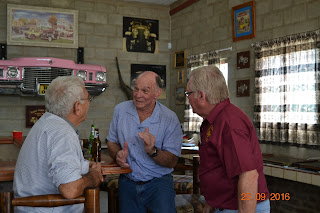 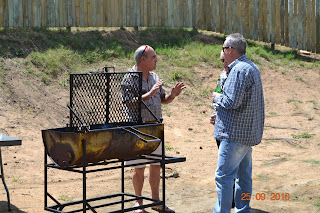 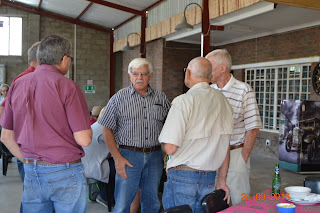 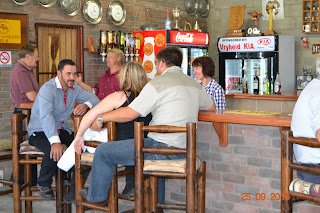 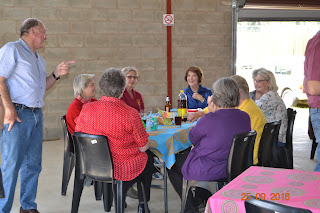 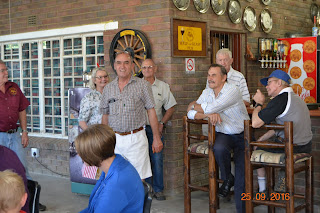 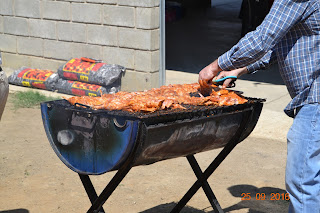 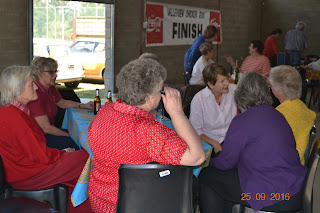 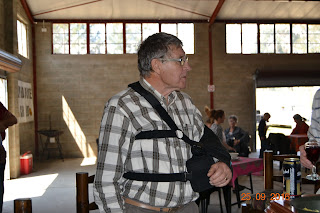 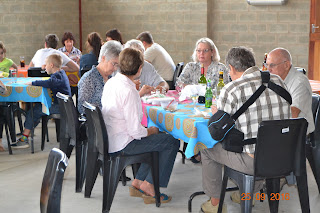 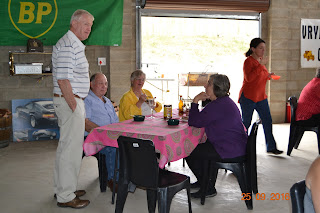 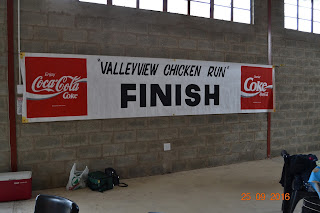 In the month of September, the Chicken Run Outing was hosted by Kowie and Carol.   It is well-known and very popular and well supported by the members of the club and their families.   However due to the uncertainty of the weather, the outing was held at the VVCC facilities.   We were met by Kowie and Carol at the club, and true to tradition excellent refreshments and snacks were made available,   As usual, great interaction about members and their cars was shared by all.
The fires were started at the appropriate time and the "A-Team", namely Kowie Jnr and Trevor, were responsible for the braaiing.   I believe we are yet to experience a more sumptuous and tasty chicken braai than the traditional braai of Kowie and Carol.
During the course of the afternoon our chairman thanked our hosts for their excellent hospitality.   Small tokens of appreciation were made on behalf the members.   Our club was also presented with a floating trophy and a banner by Kowie of various past outings - then known as "The Valley View Chicken Run".   Perhaps consideration should be given for future outings to be known by the above-mentioned name.
Once again, another splendid day shared by all and our thanks to Kowie and Carol.
Our thanks to Colin for the photographs supplied.